What is known about the blogger and ex-football player Evgeny Savin?

Deputy of the State Duma, member of the Supervisory Board of Khimki near Moscow; Roman Teryushkov reported that the blogger and former football player Evgeny Savin (better known as KraSava) faces criminal liability for discrediting the RF Armed Forces. The politician announced this in his Telegram channel. 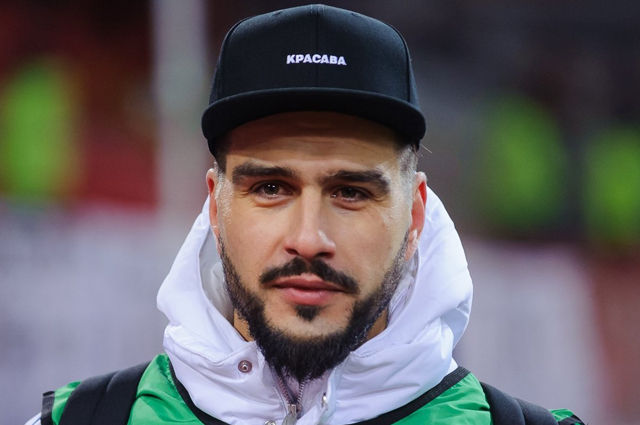 In particular, the deputy saw a violation of the law in one of Savin's videos, published in the spring of 2022 on his channel on the YouTube platform. The blogger published an author's film in which his Ukrainian football colleagues spoke about the special operation.

What is known about KraSava?

Savin was born on April 19, 1984 in Belozersk, Vologda Oblast. When Savin was a child, his family moved to Tobolsk. There he was taken to a sports school at the Irtysh football club. After that, the future star was invited to study at the Volgograd sports boarding school, which trained professional football players. Savin was appointed forward.

After graduating from school, the athlete began an active professional career. In 2000-2003, Savin played in the backup teams of Rotor, Lokomotiv; and “Ryazan-Agrokomplekt”, after which he moved to the first division.

A year later, the footballer moved to Perm “Amkar”, where he later became the team's top scorer, scoring six goals in a season. In 2008, he joined the updated Samara team “Wings of the Soviets”. It is this period of his life that he calls one of the best in his life.

In 2006 and 2007, Evgeny Savin was called up to the Russian national football team. But in 2006, the team did not qualify for the Beijing Olympics. In 2007, he was in the application for the game with the Estonian national team under the 21st number, but remained on the bench without entering the field.

After the expiration of the contract with the club “Wings of the Soviets” football player played for “Tom”, “Ural” and Arsenal. After that, he moved to the Tyumen club.

In 2015, Savin announced the end of his sports career. The cause was several serious injuries: cysts on the knee and rupture of the Achilles tendon.

Savin's television career began by accident. He received a call from a well-known Russian sports journalist Yuri Dud (recognized as a foreign agent on the territory of the Russian Federation) with an offer to become his co-host in the new project “Cult Tour” on the TV channel “Match TV”. The guest of the first issue of the program was the leader of the Leningrad group; Sergey Shnurov.

Since 2017, the ex-footballer has become the host of the sports reality show “Who Wants to Become a Legionnaire” to “Match TV”, where young football fans who dreamed of a sports career came.

In November of the same year, Savin — one of the leading sports and entertainment show “Russian Ninja” on Channel One. His co-hosts were journalist Timur Solovyov and singer Yulianna Karaulova.

In 2018, he starred in Danila Kozlovsky’s film Coach. in the episodic role of the captain of the Spartak team.

In August of the same year, he created his own YuoTube channel KraSava. about football.

The athlete is married twice. The first wife was from Tobolsk, where they lived. The second wife was the photographer Elena Dekhtyareva. The couple got married in 2009. For a long time the family lived in St. Petersburg in their apartment. In May 2022, Savin left Russia. The media does not specify where his wife is.