Expert: Americans were put between world and civil war

“For ordinary US residents, the price of a Big Mac, coffee and gasoline is more important than the supply of howitzers to Ukraine” 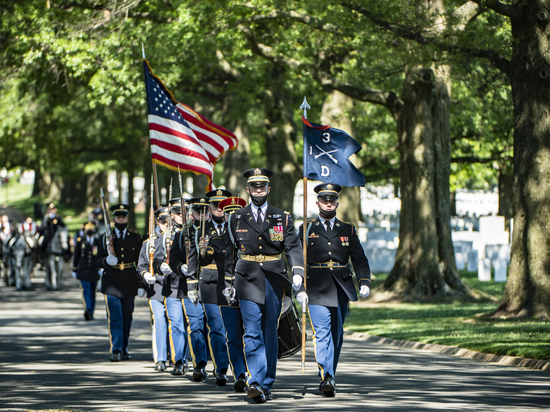 – This is what Western Kentucky University researchers Timothy S. Rich, Madeleine Einhorn, Sydney Windhorst tried to figure out. They conducted the original national web survey in the United States from June 29 to July 11 using Qualtrics, with quota sampling by age, gender, and geographic region, to determine how Americans feel about US involvement in world affairs. The results of the study were published July 25 in The National Interest.

– They asked 1,728 Americans a simple question: What best describes your idea of ​​the US role in world affairs? Respondents could choose one of two answers. First, we should pay less attention to problems abroad and focus on problems at home. And secondly, it is best for the future of our country to take an active part in world affairs.

– The result is very interesting. Perhaps this will form the basis of many sociological studies and dissertations. Opinions were divided almost equally! This means that in a nuclear superpower that claims world domination, there is no unity in its own society. And this is before the first shells and bombs fell on their territory. What happens if they fall?

– I assure you, the songs “Get up, the country is huge!” it certainly won't. Here are the results of their own research. Overall, 55.44% of respondents were in favor of less attention to problems abroad and more attention to domestic affairs, and 44.56% would like to play an active role in world affairs. Democrats considered activity in world affairs more favorable (56.29%). Conversely, Republicans were more likely to favor focusing on domestic issues (67.34%). Not surprisingly, party-independent respondents fell somewhere in the middle, with 59.69% choosing to focus on domestic issues.

– In general, yes, but there are nuances. Most likely, Republicans are still drawn to Trump's “America First” mantra, while Democrats see events such as Russia's sting operation in Ukraine and climate change as reasons for America's sustained engagement globally. Empirically, Republicans were less supportive of international commitments, and past public opinion results showed that Republicans were less supportive of foreign aid.

Of course, the opinions of women housewives, citizens of different ages, professions and income levels were taken into account. But the result is this: about fifty – fifty.

– They do, of course, but very strange. Which, however, corresponds to the level of American science and general education. We, too, will soon have the same scientists, if the exam is not canceled.

American geniuses sagely remark that “domestic issues are probably more concrete in the minds of respondents than many issues abroad, because domestic issues, especially such important issues as gun control and controversial decisions of the US Supreme Court, have a greater direct impact on Americans. in the short term than abstract external affairs.

From this verbal porridge, it is hardly clear that for ordinary Americans the price of a Big Mac, coffee and gasoline is more important than the supply of howitzers to Ukraine! At the same time, scientists condescendingly sympathize with their fellow citizens as disabled children: “While the call for a focus on domestic problems is understandable, it also contradicts the long-held idea of ​​​​America as the “leader of the free world.”

They say, these wretched do not understand their happiness and their historical mission.

As a result, American scientists came to the conclusion that “lack of participation in world affairs can exacerbate the fall of American hegemony.” In their opinion, “instead of viewing these two spheres as separate from each other, it is useful to think about the non-traditional manifestations of American international influence and how the solution of domestic problems can help American influence abroad.”

– It turns out so. People expressed a clear position – take care of the affairs of America itself, do not go where no one needs American influence!

– I'm afraid not. Noted – maybe. For example, in mobilization calculations – how many enthusiasts can be put under arms.

– But this is interesting. America is a country of fearless liberals. “Panthers” and “Tigers” did not crawl over their Texas and Californias, “Messerschmidts” and “Junkers” never flew over them. By the way, the same syndrome exists in Japan, which is strange. Hiroshima and Nagasaki – so who remembers them? Even the Japanese themselves, who were born after the 90s, believe that the Russians launched a nuclear attack on them. Well, maybe one day the Chinese will enlighten them. Or the North Koreans.

– To the fact that the vast majority of Americans, like the Japanese, have no idea what a war on their territory means. They never fought with anyone – only with themselves, with varying success.

However, half of the American population, according to a survey of their own scientists, does not want any war at all. And I understand them.

– Probably, the American elite is studying and preparing opportunities for the next redistribution of the world – in their own favor, of course. And it took this sociological study to understand your chances. And there are chances, they think.

“They are trying to recreate a modernized scenario of the Boston Tea Party of 1773, after which the nine-year war for independence of the thirteen North American colonies broke out. By the way, very bloody and merciless. Who is interested, let him read the work of Fenimore Cooper “Spy”. The reason for the revolutionary war, in essence, was trifling, not at all the same as in Russia in 1917. Just think, the Americans – the inhabitants of these same colonies – were forced to pay a few pence more for imported tea. And all because of the fact that representatives of these American colonies were not in the British Parliament. But then there was the “Stamp Duty Act”, according to which the tax was paid by all territories not represented in this distant British parliament. What, was it so difficult for these turkeys in powdered wigs to introduce another dozen and a half of the same turkeys into their party? But the British Empire might still exist. As a result, England in the 21st century has become America's tame lap dog – take a look at Boris Johnson's spicy hairstyle.

But back to the American Revolution. Yes, not very rich at that time American colonists were crushed by the “toad” to overpay for tea. And they took up their flintlocks. And for insignificant “tea” pence, thousands of people died. Nine years of merciless war! By the way, this is where the popular expression came from – to give a tip. It doesn't make the same sense as we do. We would say – give a light.

But, on the other hand, could not the founding fathers of the world's first Masonic state be able to agree with the Lords of the London Parliament? Or didn't you want to?

– So it's obvious. If back then, almost three hundred years ago, all those Washingtons played on the popular instinct of greed, why not do it now? Like, then because of the damned London had to overpay for tea. And now, because of Putin, for gasoline and in general for everything. Isn't that a reason for a crusade? Here it is – the combination of personal domestic problems with the international situation. Russia and Putin personally are to blame for the lack of food, heat, whiskey and gasoline in American homes. Why don't you like the Boston Tea Party?

– I hope no. But nothing will surprise me. At a minimum, this scheme can be used in the presidential elections in 2024. But here is what the American elite should have taken into account. Then, three hundred years ago, far from all the inhabitants of the North American colonies rose up for the so-called independence. Almost half of them became the so-called “royalists” – they joined the ranks of the English royal infantry. And they called hordes of Indians with them – again, read Cooper. And we fought, I repeat, for nine years. Maybe that's why the victorious colonists then killed these Indians?

Perhaps today the rulers of America for some reason create the prerequisites not only for a world war, but also for a civil war. To do this, they kneel before the blacks, rot their own police and “do not notice” ethnic crime.

For what? It is possible that an internal redistribution of power has been started. And for this, more than ever, you need to understand the mood in society. One way or another, an interesting spectacle awaits us in the American theater. Get comfortable.