In Somalia, militants fired rockets at a military unit of the Turkish Armed Forces 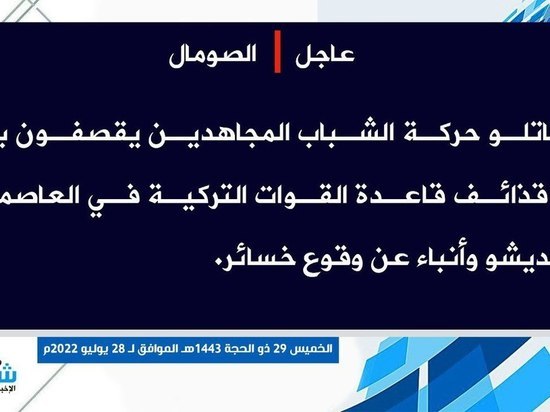 According to preliminary data, casualties and destruction were avoided.

In January 2022, four people were injured in the explosion of a jihadist roadside IED near the same garrison Turkish citizens.