“Damn I want to work”: why the Duma deputies decided to cut their holidays

Hardly to improve the quality of the legislative process

Quiet and dull in the corridors of the lower house. Everything here froze until September, until the next, autumn session. Everything – but not everything. Chairman of the State Duma Vyacheslav Volodin has no time for rest. The speaker, in the words of Yegor Kuzmich Ligachev, is damned eager to work. Literally it was said, of course, somewhat differently. “It would be right, based on the challenges of the time, the responsibility assumed by deputies and officials, to reduce their vacations to the minimum required by the Labor Code,” Volodin said. 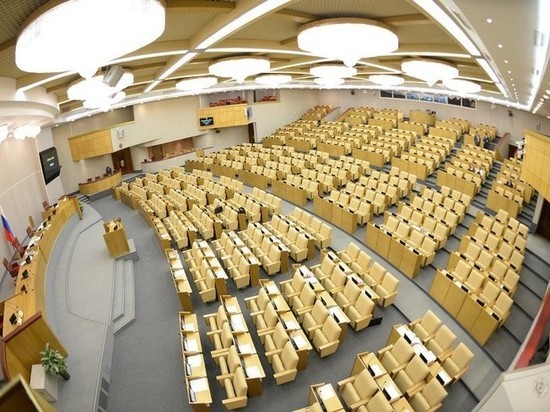 The Chairman of the State Duma urged his colleagues to follow the example of the president, who is “always at work.” And the call was heard. “The proposal … is timely in the current difficult conditions for the country,” the new leader of the Liberal Democratic Party, head of the Duma faction of the party, Leonid Slutsky, writes in his telegram channel. “We will definitely support the relevant legislative initiatives.”

opinions are shared by the other factions. 28 days – “it will be more than enough to relax, go somewhere with the family,” argues, for example, the head of the State Duma Committee on Control Oleg Morozov (“United Russia”).

The idea found supporters in the upper house as well. “This proposal definitely makes sense,” Senator Sergei Tsekov told RIA Novosti. “Why announce that we have 42 days of vacation, if the division into work and vacation is very conditional?.. It makes sense to reduce it.”

As it appears from what has been said, today the parliamentary recess is 42 calendar days. Officials holding the highest government positions can rest up to 45. While the vacation of ordinary citizens who are not measured by the authorities does not exceed 28 days.

True, as the servants of the people assure us, even 28 days of rest for them is an unrealizable dream. According to, for example, the same Morozov, for all the time of his work in the state field – both in the Duma and in the Presidential Administration – he did not happen to rest for more than 14 days.

But who is now easy? After all, many ordinary Russian mortals do not sit idle while on vacation. They “rest” in the beds or on part-time jobs, replenishing family budgets as much as they can. The deputies, at least, have no problems with this: the salary of Duma members is 8-10 times higher than the national average. And at the same time, for many, if not most, official salaries are not the main source of income.

Income is many times higher, and vacations are two weeks longer. Moreover, parliamentarians and dignitaries also have a rest not just anywhere, not in the beds: they have an extensive network of elite state sanatoriums and rest houses at their service. And the price for these services, it should be noted, is much lower than the market price.

During the last spring session, that is, from January to July of this year, 36 plenary sessions were held in the State Duma. In the same period, the lower house passed 361 laws. It is not difficult to calculate that more than 10 laws were adopted on average in one “plenary meeting”. And these are just laws, completely ready, handed over, so to speak, on a turnkey basis. There are many more bills considered at intermediate stages. To this should also be added drafts of various resolutions, statements and appeals.

“If you divide the number of projects under consideration by the duration of the meeting, you will get 5-10 minutes for one question,” politician Dmitry Gudkov, deputy of the State Duma of the VI convocation (2011-2016), was indignant several years ago in an interview with the MK columnist. – Believe me, we are very different from developed democracies. Many times fewer laws are adopted there, but these are high-quality laws that are sometimes discussed for several months. They do not have to be corrected every week.”

By the way, an interesting detail: In 2013, Gudkov was deprived of the floor in the Duma for a month for calling her “a furious printer.” Since then, the situation, if it has changed, is by no means in the direction of calming down and slowing down the “printer”.

There is some hope that the reduction of the deputy leave will improve the quality of the legislative process, that the deputies will have additional time for discussion, for polishing legislative initiatives. But there are much more reasons to believe that the choice will again be made in favor of quantity.

It's too painful for the supporters of the idea of ​​vacation sequestration to rest on the “challenges of the time”, requiring a review of “peaceful conditions of work and rest.” “The time now requires responsible approaches and a quick response,” Leonid Slutsky, for example, believes.

Do you hear? “Fast”! That is, it is supposed to “react” even faster. Much faster. As fast as possible, and maybe even beyond the bounds of the possible. And there is no time for discussion.