An Israeli delegation is traveling to Russia in connection with the situation around the possible closure of the autonomous non-profit organization Jewish Agency Sokhnut. Earlier, the Department of the Ministry of Justice for Moscow filed a lawsuit demanding its liquidation. Prime Minister of the State of Israel Yair Lapid said that the country will seek the continuation of the agency's activities in the Russian Federation through diplomatic channels. The expert assessed the prospects for the development of the situation. 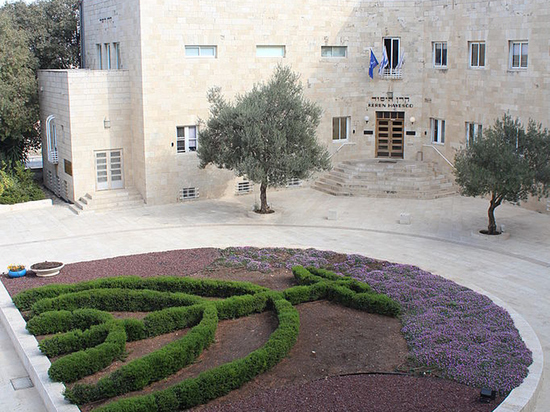 According to the Israeli media, claims against the Sokhnut agency, which is involved in ensuring the repatriation of Jews to Israel and helping new immigrants, arose quite a long time ago. In the past two months alone, the organization's office has experienced three inspections, the results of which were not disclosed. And now the Ministry of Justice goes to court demanding the liquidation of the organization on the territory of the Russian Federation.

On Thursday, July 21, the Basmanny Court of Moscow received a lawsuit from the capital's head office of the Ministry of Justice to liquidate the agency. It is expected that the conversation on the lawsuit will take place exactly in a week.

Later it became known that Israel would send a delegation of government representatives to Russia for consultations on work in the country of “Sokhnut”.

Prime Minister Yair Lapid himself held meetings with the head of the Absorption Ministry, Pnina Tamana Sheta. According to him, Israel continues to work through diplomatic channels so that “the important activities of the Jewish agency do not stop.”

In addition, the politician stressed that “the Jewish community in the Russian Federation is deeply connected with Israel, and its importance is growing with any political conversation with the Russian leadership.”

Sokhnut is an organization that deals with repatriation to Israel and assistance to repatriates, as well as issues related, in particular, to the global Jewish community. Representative offices of the agency have been operating on the territory of the former USSR since 1989.

The Times of Israel publishes a version linking Moscow's actions against Sokhnut with a reaction to Israel's position on the Ukrainian conflict, as well as with Israeli actions in Syria.

A similar explanation is provided by Reuters, recalling current Prime Minister Yair Lapid (not yet head of government, but Minister of Foreign Affairs) made harsh statements about Russian actions in Ukraine.

Meanwhile, the press secretary President of the Russian Federation Dmitry Peskov forwarded the question of the reasons for the possible closure of the agency to the Russian Ministry of Justice. The Kremlin spokesman added that the issue was not about brain drain, but about compliance with Russian law.

“It seems that Russia wants to drastically reduce any foreign presence on its territory,” Alexei Makarkin, first vice president of the Center for Political Technologies, professor at the Higher School of Economics, comments to MK. – In a sense, this is a continuation of the policy of the Soviet Union.

The appearance of the Sokhnut agency was one of the many signs of abandonment of Soviet practices. Now we are returning to these practices. The feeling that foreign activity on the territory of the Russian Federation is dangerous, poses a threat and is not sufficiently controlled is present, and quite active at that.

Any similar foreign organizations keep some kind of statistics, collect data, for example, about those people who want to leave the country. And if we remember, in the USSR this was considered completely unacceptable. The country's leadership proceeded from the fact that citizens who are going to leave for Israel work in the defense industry. And since the Soviet Union was a state where it played a big role, and key areas to one degree or another worked for defense, then, accordingly, any collection of information was criminalized.

Therefore, the principled approach, which provides for a ban on the collection information inside the Russian Federation from foreigners will not go anywhere. Based on it, the further story with the “Sohnut” will develop.

In addition, the big question is what Israel can offer in return for the continuation of the agency's activities. It is still difficult to answer it.”

The expert recalled the well-known case of Natan Sharansky, who, just in the late 1970s, was accused of collecting information for Israeli structures on assignment from foreign intelligence. He was sentenced to a long term of imprisonment.

“Already after a while, the official position of the Russian Federation regarding this case changed,” the political scientist continues. – The same Sharansky, who became a popular Israeli politician, minister, was later received in Russia by President Putin. It seemed that the topic of intervention had gone down in history along with the USSR.

The further fate of Sharansky was also quite interesting. It was he who later headed the “Dry”. He was appointed to this post by former Israeli Prime Minister Benjamin Netanyahu, who historically had excellent relations with Moscow.

Meanwhile, there is a second point in this issue related to the specifics of Russian-Israeli relations. Throughout the entire modern history of Russia, they have been quite pragmatic. The countries have common interests in the Middle East and many tacit agreements. Israel, for example, is not at all interested in strengthening Iran in Syria. Moreover, the Israeli authorities still perceive the Russian Federation as a much more acceptable alternative to Tehran in Syria.

However, now Russia itself is moving closer to Iran. Most recently, Vladimir Putin paid a visit to Tehran, where, among other things, he met with President Ibrahim Raisi. And that probably played a role too. Accordingly, such a rapprochement between the two states will lead to a cooling in relations between Moscow and Tel Aviv.”