NYP: Macron tried to “reason the crazy” because of Biden’s Russian oil

The New York Post, summing up the results of the G7 summit that ended in Germany, notes that it was the worst meeting of the G7 since the meeting in Japan in 1979, which also took place against the background of the global energy crisis and rising inflation. 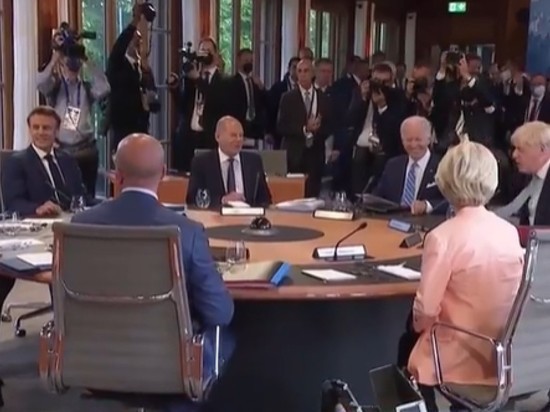 According to the author of the article, Stephen Hayward, a researcher at the Institute for Government Studies at the University of California at Berkeley, Stephen Hayward, another factor uniting these two summits is the American president, “who does not have everything at home”; – in 1979 it was Carter, now it is Biden.

“As in 1979, … French leader Emmanuel Macron tried to gently reason with President Biden, who seems to be trying to repeat all the political mistakes of his Carter's predecessor,” he writes.

Macron stressed that plans for a Biden trip to Saudi Arabia to boost oil production will not come true, as all the leading oil producers in the Persian Gulf are close to the current maximum power.

“They can't help Biden even if they wanted to… The Saudis have always built their oil policy with self-interest in mind… and will do it again now, enjoying watching another stupid American President,” the publication emphasizes.