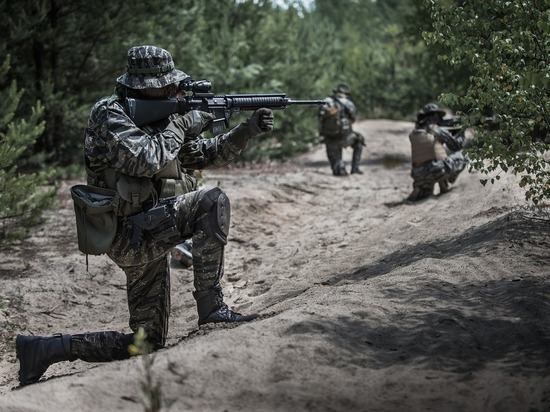 The interdepartmental coordination headquarters of the Russian Federation for humanitarian response stated that the evacuation of civilians from the territory of the Azovstal plant » ended. That is, only militants of the extremist organization Azov, banned in the Russian Federation, remained on the territory of the Azov plant. What actions can be expected from neo-Nazis now, “MK” was told by a DPR soldier with the call sign “Sith”.

According to the Russian Ministry of Defense, the humanitarian operation to evacuate civilians from the Azovstal metallurgical plant has been completed. It was held with the participation of the UN and the Red Cross. At the same time, the deputy commander of the Azov regiment, Svyatoslav Palamar, said that there were many wounded among the militants. He asked the international community to ensure their evacuation and said that the militants would hold the line.

– In fact, it is difficult to say what the Azov people are now guided by, – a DPR soldier with the call sign “Sitkh” told MK.

– What could make the neo-Nazis let the civilians go?

-Perhaps international pressure. Several times UN representatives came to Azovstal. This happened after the visit of the UN Secretary General to Moscow and Kyiv. The Russian side and the DPR helped them in their humanitarian mission. According to those who nevertheless managed to evacuate, the National Battalion kept their families there. In general, “Azov” is not just a paramilitary unit, it is rather a way of life. They declare that they are ready to die as “martyrs and heroes.”

– What then prevented them from releasing people earlier and portraying martyrs?

– I think they believed that there would be a deblocking blow and held a “human shield” to cover themselves with it before this blow. Now they realized that nothing like this would happen. Zelensky and Ukraine abandoned them. All that remains for them now is to prepare for death.

– What further actions can be expected from the militants? If there are no more peaceful people at the plant, whom they used as human shields, it turns out that now the “Azov” are defenseless and nothing prevents our troops from moving on to more drastic measures.

– No, they are definitely not defenseless. The militants still remain in fortified positions, and we see that it is not easy to dislodge them from there. Even the work of artillery and assault groups has not yet brought the desired result. The Azovites are not ready to give up. The fact that they have no food or run out of ammunition, we also cannot say. On the eve of the special operation, all the reserves of the enterprise were replenished. In my opinion, there are no prerequisites that now they will begin to surrender en masse.

– Should we expect that the Russian army and the DPR corps will switch to tougher measures to “smoke out” militants from their dungeons?

– The decision on the further fate of Azovstal remains with the Supreme Commander-in-Chief of the Russian Federation. The DPR does not have such technical means to destroy these catacombs. It makes no sense to storm them and risk people. Everyone has already understood this. In my opinion, further events can have two scenarios: either the national battalions will stay there until they begin to die of hunger, or Russian troops will destroy these fortifications using heavy air bombs.