Stanislav Shushkevich, who signed the Belovezhskaya Accords from Belarus, died

In the spring, the politician suffered COVID-19. He was the first leader of independent Belarus, participated in the development of the Belovezhskaya agreements. In 1996, he signed a petition to impeach Lukashenko 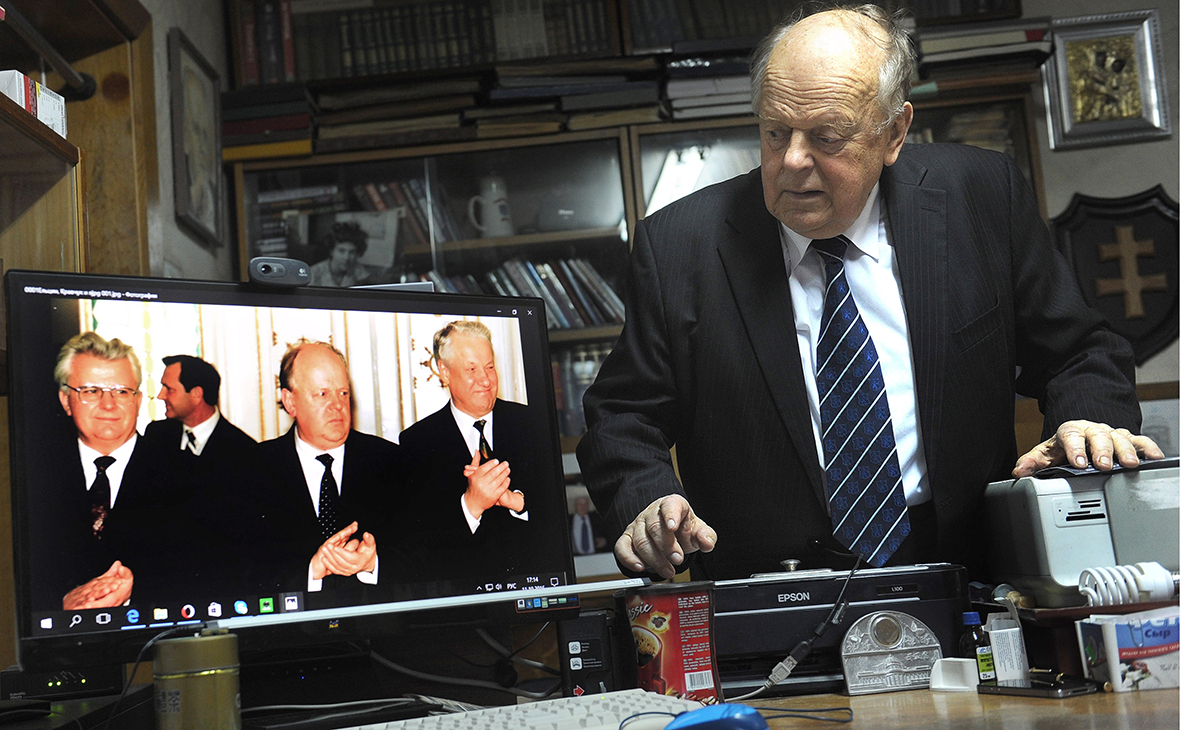 The former chairman of the Supreme Council of Belarus Stanislav Shushkevich died in Minsk, Euroradio reports. with reference to his wife Irina.

Shushkevich was 87 years old. In the spring, he suffered COVID-19 and was diagnosed with the omicron strain. On April 26, his condition worsened, the politician was hospitalized and placed in intensive care. He was released two days later. His wife told the Narodnaya Volya newspaper that her husband was weak and in need of rehabilitation. “Although, of course, after the hospital, his condition improved.” she added.

Shushkevich was born in 1934 in Minsk. He received a higher education in the field of radio electronics. In the early 1960s, Shushkevich worked as an engineer at the Minsk Radio Plant. At the same time, an American Lee Harvey Oswald, who is the only official suspect in the assassination of US President John F. Kennedy, worked at the plant as a turner. Shushkevich was appointed curator of Oswald, in particular, taught him the Russian language.

In 2013, in an interview with RIA Novosti, Shushkevich stated that he was deeply convinced that Oswald could not have killed Kennedy.

In the 1960s— In the 1980s, Shushkevich was engaged in scientific activities, in particular, he received the degree of associate professor, then defended his doctoral dissertation and in 1972 received the title of professor. Since 1966, he was Vice-Rector for Technical Work of the Minsk Radio Engineering Institute, since 1971— Head of the Department of Nuclear Physics of the Belarusian State University.

He was a member of the commission for studying the consequences of the accident at the Chernobyl nuclear power plant.

In 1989, Shushkevich was nominated by the general meeting of the Belarusian State University as a candidate for people's deputies of the USSR and won the election. In 1990 he was elected a deputy to the Supreme Soviet of the Belarusian USSR, then became the first deputy chairman of the council.

During the August putsch of 1991, Nikolai Dementei, who headed the council, and other leaders did not declare the actions of the putsch participants illegal. After the failure of the coup, Dementei resigned and Shushkevich became acting chairman of the legislative body.

In September 1991, Shushkevich took full office and held it until 1994. Participated in the development of the Belovezhskaya Accords, which consolidated the collapse of the USSR and the creation of the CIS. Together with the chairman of the Council of Ministers of Belarus, he signed agreements from the republic.

Amid disagreements within the political circles of Belarus, Shushkevich resigned. The conflict with Alexander Lukashenko, who was then a deputy of the Supreme Council of Belarus, also played a role. The latter accused Shushkevich of illegal activities, in particular, of using the services of the repair and construction department of the Council of Ministers and underestimating their cost, as well as foreign policy fraud.

In 1995, Shushkevich was elected to the Supreme Council of Belarus. In 1996, he signed a statement to the Constitutional Court of the Republic on the impeachment of Lukashenka, who won the presidential election in 1994.

After that, he was engaged in opposition political activities, in particular. headed the opposition party “Belarusian Social Democratic Hramada”. In 2018, he left the post of chairman.

Contributions to the article Authors Tags Subscribe to RuTube RBC Live broadcasts, videos and recordings of programs on our RuTube channel