Planes and wooden clocks: how deputy money is spent in the regions

Servants of the people are not shy about making expensive orders

Looks like it's time to tighten our belts. And the economy mode should be an indicator of good taste. However, the deputies of the Northwestern Federal District of Russia are striking in their originality. 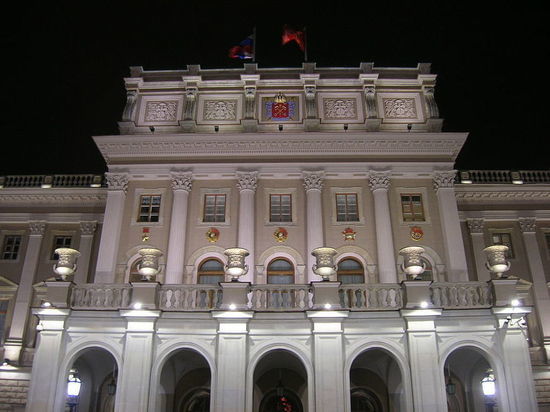 It was published on the public procurement website that the deputies of Karelia, for example, ordered a wooden clock for 104 thousand rubles and other wooden beauty for 158 thousand. We think everything is for the sake of import substitution and the desire to support domestic left-handers.

On the other hand, none of the legislators love fresh flowers as much as the stern parliamentarians from Komi love them. In February, the State Council of the Republic spent almost half a million from its budget on flowers, freshly cut bouquets went to congratulations on February 23 and March 8.

The Assembly of Deputies of the Nenets Autonomous Okrug does not need cars with flashing lights, they drive on permafrost on it there is no need and nowhere, so local parliamentarians charter small aircraft to get to the voters. Flights by planes are relatively inexpensive for the budget – a million rubles every two or three months.

The Legislative Assembly of St. Petersburg does not constrain itself in spending. Concerts for 2 million rubles, the purchase of garden parquet and even the repair of the Mariinsky Palace, where legislators live. And this despite the fact that in the 2010s a series of restoration works had already taken place here, during which the Great Dining Hall, the Blue Drawing Room, the doors and parquet of the Pompeii Gallery were restored.

Compared to this, the expenses of the Leningrad Region are surprising in their modesty and, to be honest, optional. In March, the regional parliament allocated almost 500 thousand rubles for the provision of services for the organization of three seminars-meetings of deputies with the leaders of the mass media of the Leningrad region. Is it really impossible to have such conversations in our time for a short time and for free by zoom?

By the way, in March, the same Legislative Assembly of the Leningrad Region urgently decided to update the site, allocating 3.5 million budget rubles for this purpose. Only more frequent attempts to hack the official electronic resources of government agencies can justify such excesses.

And the Vologda Regional Legislative Assembly suddenly needed a premium-class car from a German manufacturer for 5.7 million rubles. Where is patriotism here, they give us sanctions, and we buy cars from them? Nevertheless, the auction for the purchase of a four-door black sedan with a leather interior using funds from the budget of the Vologda Oblast was published on the official website of public procurement. Applications from potential suppliers from Europe are accepted until May 16. This purchase, if it takes place, is the leader among the most expensive budget acquisitions among the Legislative Assemblies of the Northwestern District.

Note that even now the Parliament of the Vologda Oblast does not walk and has a four-wheeled friend from Germany in its fleet, purchased in 2014, with exactly the same characteristics.

The Murmansk Regional Duma used a little more than 330 thousand rubles to receive delegations from the North-West who participated in an event on local self-government. The buffet cost the region's budget 220,000 in total.

The Regional Duma of the Kaliningrad Region thought about a new fire alarm system in the spring and allocated 3.7 million rubles for this purpose. The Novgorod Regional Duma gave a little less than a million for the purchase of office furniture. In April, they ordered new cabinets, armchairs, and even one pantry set.

Deputies of the Pskov Regional Assembly of Deputies turned out to be the most modest. In recent months, they have only allowed themselves to refill cartridges for office equipment and buy drinking water.