What kind of multi-purpose UAV MQ-9 Reaper is the US going to put in Ukraine?

Ukrainian representatives met in Washington last week with General Atomics, a Californian manufacturer of military drones. He makes the MQ-9 Reaper, the US Air Force's primary reconnaissance and strike UAV. These are heavy attack drones, so it makes sense to learn more about them.

Why the MQ-9 Reaper

Actually, General Atomics did not mention specific models that it could sell . However, the most likely candidate is the Reaper, which has been the lead vehicle in U.S. military drone operations for over 20 years. 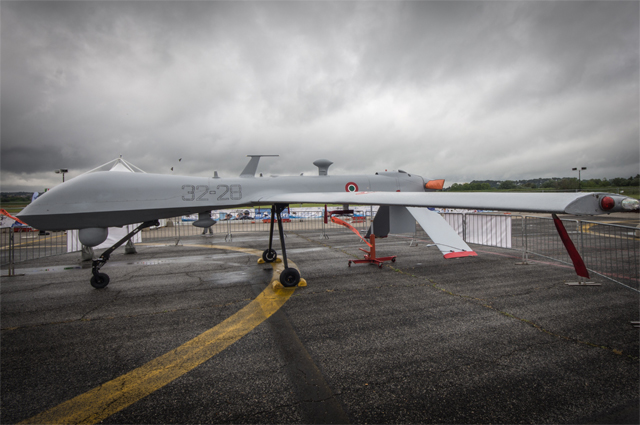 This is a really powerful drone. MQ-9 has a wingspan of about 20 meters, weighs about 5 tons, fully loaded with fuel and weapons. The Reaper flies at over 480 km/h.

Here the military has a choice, which depends on the specific task. Let's start with the AGM-114 Hellfire missiles. These are air-to-ground guided missiles designed to destroy armored, lightly armored and other targets that require precise strikes.

They are not inferior in power to the GBU-12 Paveway II, there are high-precision bombs based on classic bombs Mk 82, weighing 227 kg and equipped with a laser guidance system.

The GBU-38 Joint Direct Attack Munitions can also be used on the MQ-9 Reaper. The operator also has the GBU-49 Enhanced Paveway II, which can be controlled by laser and GPS/INS.

The drone has six external hardpoints with a payload capacity of up to 1361 kg. It can carry up to 4 air-to-ground missiles, or 8 in the MQ-9a modification. Another option — 4 Hellfire missiles and two laser-guided Mark 82 bombs.

The main crew consists of an operator, who is the commander of the apparatus, and his assistant, responsible for working with sensors and pointing weapons.

One of the “chips” drone — an on-board computer with artificial intelligence that promises to autonomously find, track and suggest targets to operators. Targets are identified from data collected by the MQ-9 airborne electro-optical sensor radar and synthetic aperture radar.

Of course, this drone also has disadvantages. For example, the price. The MQ-9 is valued at $32 million apiece. Let's say the 2020 sale of four MQ-9Bs to Taiwan (plus ground stations, spare parts and training) was valued at $600 million.

Another tricky moment — training and familiarization. The Ukrainian military is accustomed to operating Russian (actually Soviet) equipment, rather than Western ones, and the US Air Force requires a year of training for UAV pilots. However, a company representative said that military pilots already familiar with UAVs can be trained to quickly fly the MQ-9 Reapers.

UAVs are actually quite effective  means of air defense. Although in the end they will adapt to them and learn to shoot them down.

Until now, the MQ-9 was used in those areas — Afghanistan, Iraq, Syria — where the enemy lacked serious air defense systems.