Quick rescuers. April 28 is a professional holiday for ambulance workers 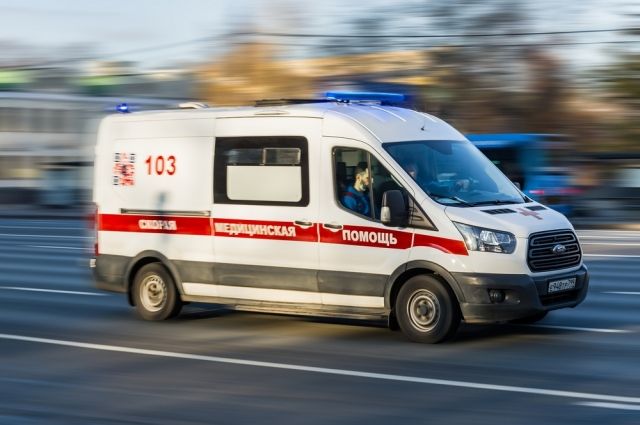 On April 28, the country celebrates the Day of the ambulance worker. Since 2020, this holiday has become official.

On on this day in 1898, the first organized ambulance stations and the first pair of carriages for transporting patients appeared.

For 2021 thanks to the national project “Healthcare” more than 7,600 vehicles were delivered to the regions.

In the Perm Territory, the ambulance fleet of the Osinskaya hospital has been completely renovated. All cars are equipped with the latest medical science and allow you to perform the most complex tasks that appear in medics. «Full, modern equipment — a guarantee that real assistance at the scene will be provided at the proper level. When accepting a challenge, we don't know what we really will face on the»  — says Egor Egorov, head of the emergency department of the Osinskaya Central District Hospital.

8 new ambulances of the Lada brand were delivered to the Shpakovskaya district hospital of the Stavropol Territory. As soon as they arrived at their destination, they began to be used. Trucks deliver biological material from  rural feldsher-obstetric stations and outpatient clinics to district medical facilities for research, and also from the center to the outback carry medicines to those who cannot get to the pharmacy on their own. They are also involved in delivery of patients who, due to their age or state of health, find it difficult to independently arrive at the district clinic.

In the Samara region, the Syzran city polyclinic received 2 cars “Lada Largus” improved equipment. Cars are equipped with immobilizers, air conditioners and the ERA-GLONASS emergency alert system. «Emergency teams — not  replacement  ambulances, they will provide emergency care when there is no threat to life and  no emergency hospitalization is required — explained the head physician of the medical institution Elena Kazymova.

In the Chuvash Republic, the central regional hospital of the Alatyrsky district received new Niva ambulances. They were especially useful during the peak period of the incidence of covid in January-February 2022. “Sometimes the number of house calls was over 130! And new vehicles with cross-country ability turned out to be very useful, because doctors had to, and now sometimes have to, get to patients and on off-road», — Chief Physician of the Alatyr Central District Hospital Yury Bogolyubov noted. Also, patients are transported by car to the Alatyr Central District Hospital or to hospitals in the city. Cheboksary, deliver the vaccine to feldsher-obstetric stations, biomaterial — to study in Cheboksary and results — back. For  one flight to  Cheboksary, the car travels about 400 km. “I needed the advice of a Republican specialist. I was picked up in a new car right from home and delivered to Cheboksary to hospital. Our street is not easy, but we we calmly overcame all the pits and bumps», — shared one of residents of Alatyr.

An ambulance in the Chuvash Republic saved a patient from suffocation. Relatives called an ambulance, because a part of the denture broke off in the process of eating, and it got into the windpipe. The lady began to suffocate, and the people around her did not understand how to help her. An ambulance team, which included anesthesiologist-resuscitator Numonjon Karimov, and two nurses – Grigory Repin and Viktor Alekseev with driver Nicholas Egorovmanaged to arrive at the place of emergency in 4 minutes. A timely laryngoscopy, which made it possible to remove a foreign body from the respiratory tract, saved the woman. She was then taken to the hospital, where she is already on the mend.

In the Sverdlovsk region, an anesthesiologist-resuscitator of the Ambulance station named after. Kapinosa Evgeny Anikin saved a woman, risking his own life. The reason for the emergency call sounded like “drowning.” Arriving at a fitness club with a swimming pool, the ambulance team diagnosed the victim with clinical death. The woman was lying by the water, on the wet floor. It was dangerous to use a defibrillator in this situation, but Evgeny Viktorovich understood that every second was important here. He made the decision to risk his life and performed CPR alone. Time after time, he launched high-voltage pulses through the body of the victim, and, finally, the efforts were crowned with success — the patient's heart began to beat again. The woman was taken to the hospital in stable condition, and after a while she was discharged.