Tanya Stephens revealed a prominent dancehall artist sexually assaulted her when she was a teenager.

In a recent IG Live session with Shannon Mack, reggae singer Tanya Stephens took to Instagram to reveal descriptions of her sexual attacker. The descriptions sent fans into speculation mode as they searched the reggae scene looking for the perpetrator, which she disclosed.

The topic at hand was brought up as Tanya expressed how much of a “strange” place Jamaica was, she then went on to say that even though she loved her country, many horrible people roam the streets. The concern within Tanya’s voice could be heard throughout the Live as she vouched for all the females who went through and are going through the same thing that she did at age 17.

“First of all, the first time I got r*ped, I look like I’m coming from church, yeah I can talk about it now-honestly it took a while to be able to say that without flinching and this was somebody I trusted, it wasn’t strangers, who hurt me,” the “Yuh Nuh Ready Fi Dis Yet” singer stated while speaking with Shannon Mack on IG Live.

The artiste’s brave declaration has in the past allowed her to be hailed as a hero on social media after she first opened up about being raped over two decades ago.

During the recent Live, Tanya Stephens also explained how the first incident occurred. She recalled that she was just coming into the music business when she moved from the country to Kingston to stay at her sister’s house as a babysitter for her niece.

In the process of babysitting, her sister ended up sending her to a fashion design school in Kingston, but on the mornings that she didn’t have school, she would eagerly search for a studio to help her to start her career in the industry, and she finally found one, “at the top of Maxfield Avenue in Kingston, near Castro Brown studio.”

“At the time there were three big artistes – really huge artistes in Jamaica. Shabba Ranks was the king. Patra was the queen – she was next to Shabba.” she recalled, slightly smiling at the memories of the big artistes. “And there was another guy next in line. And he became my mentor and he used to call me his little sister and I believed it. I really believed it.”

Tanya Stephens revealed she turned 17 years old right after discovering the studio, and her sister told her that she didn’t realize that she was so young. 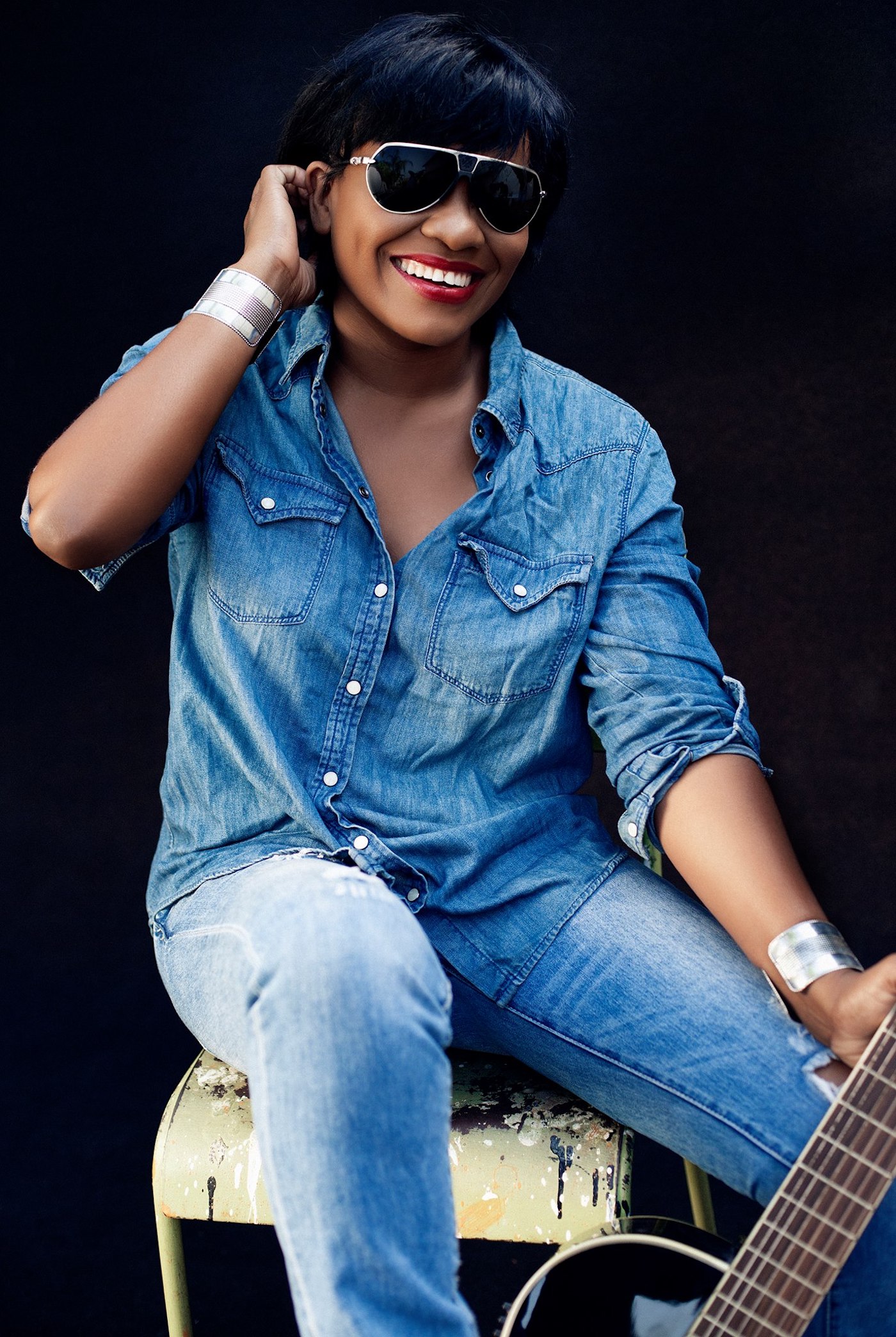 “At one point when I turned 17, my big sister who I was living with said she didn’t realize I was that young, she thought I was turning 20 or something, so turning 17 meant I couldn’t go to the studio anymore. I was devastated [because] that was the only thing in my life that was actually good.”

She recounted how on the day that she had to leave and went there to say goodbye to them all, her mentor tried to help her out of the situation. “He – my mentor said: ‘No man. Yuh want mi come talk to har’. And I am like ‘you would’? Now, my sister, my auntie every woman inna my family loved him. So she was excited at the prospect,” she disclosed.

The St. Mary deejay divulged that one day as her future assaulter was “moving house,” he offered her a ride home like he’s done many times before. “So he was moving house, at the time I was fresh from the country I don’t know Kingston, I don’t know the geography of Kingston, and this is me just talking about how easily we accommodate rape culture in Jamaica,” she communicated.

“Like [he’s] done many times before, he offered me a ride home. So on the ride home, he said he had to drop by his new place that he is setting up. Everybody knew he was moving and he said he wanted to stop by his place real quick and drop off something. Now if had known the geography of Kingston, I would have known something was wrong because my home was on the way to his new place,” she recalled of the first instance where her world turned upside down.

She said he started running toward the building and then stopped like he was thinking about something before he and came back and suggested that she come to look at his place and give him some pointers on how to “fix it up”. After hesitantly answering him, she revealed how valid she felt, thinking that he actually cared about her opinions on certain matters.

She said they passed approximately four people while walking towards the house, including a woman who was said to be in front of the apartment doorway.
When they entered, she said he immediately locked the door, which she began to question, but mentally concluded that it was to secure the house as Kingston is known to be a very violent place.

“So he locked the door, and then he started to show me around. Girl, when we reached the bedroom, is a full-on assault. Full assault,” Tanya said.

“When I see this man speak enuh, and when I see Jamaica big him up sometimes and they act like he is such an upstanding citizen who is a Christian man and a nice guy, I go bonkers. Because no matter what anybody tells me, I know my experience. I was there; he was there… we know what happened.” she made sure to add.

The now mother of one recalled how powerless and defenseless she was against him, and it was at this moment that the descriptions came out. “Child, mi defend myself. I was about 95 pounds. Is a big diesel man. Thick. So-so muscle; no body fat. And when him start beat mi, mi decide awrite, arite, awrite… mi give up, yuh naa fi beat mi,” she said.

She said she cried out for help, but nobody came to rescue her from her perpetrator, as he ruthlessly and painfully beat the living daylights out of her over and over again in order to gain her submission. “Mi a bawl fi help enuh. I scream fi help; mi bawl fi rape. People deh outside di door. Yuh si when mi scream and bawl fi rape, and mi nuh hear nobaddy a answer, mi jus stop. Because wha mi a do? Wait until him kill mi? Mi a get real licks. Suh mi stop fight.”

Tanya Stephens continued saying that the unnamed artiste continued his act of assault until he felt satisfied, then led her to the bathroom to get rid of the evidence.

“And that continued for hours. I was locked into his new place that he moved into, and violated for hours. And when him done, him hold mi and lead mi to di bathroom; put mi inna di shower himself and bade mi,” she expressed. “Nuh evidence nuh lef. Mi get a proper scrub. Proper, proper scrub.”

Her heartbreaking experience begged her to question, who she would report the situation to as she remembered how loved her assaulter was.

“This is a man who is adored by the 14 parishes and the Diaspora. Who mi a report him to. Mi a waa up coming artist. Yuh hear wha dem she bout di girl dem weh go near Bill Cosby…?” she stated.

The female dancehall veteran disclosed the one conversation she had in her head after the incident. She said it was a conversation she had heard between her sister, who was back then, a teacher at Ocho Rios high school, and a co-worker, who was the daughter of a judge- a magistrate. Her magistrate father had told her that if she or her sister ever got raped, they should report it to him and not the police as “if they go through the system they’re going to get raped repeatedly by the system.”

After all that happened, she said he also put her in a big t-shirt, his t-shirt to be exact, and she sat in a corner, hugging her knees and crying. “Mi bawl until no tears naw come… and he asked if I wanted to go home and I said ‘no’ because mi neva waan leave out until night. Mi neva want nobaddy si mi face. I felt dirty. I felt ashamed; I felt guilty. I felt like shit. And I knew people were there when I went in and I was hoping that they couldn’t remember my face. And if I came out in the darkness maybe they wouldn’t be there. And nobody would see me and I could just go home in anonymity,” she said.

She then defended other females who have gone through the same thing she has, saying that people should stop judging because they don’t know what it feels like.

Tanya Stephens added that she knew how judgmental her sister and the rest of her family were, and they already advised her to take a different route by fully investing herself in college. “I couldn’t tell them that I went to the studio and got raped, could I? How would I broach that conversation with people who already said that was what was waiting for me at the studio? And the studio didn’t do anything to me. One man did. One monster did,” the “It’s a Pity” artiste concluded.

“He is famous; like everybody knows he is a predator and they speak about him behind his back and when I speak about him people ask ‘why don’t you report him’? And I am like: ‘to who?’,” she questioned. “I have been in his presence in political circles high ranking police officers were there and high-ranking politicians were there. And they were his friends. Who do I tell on this guy?.”

She expressed how many girls would have the same story as hers in Jamaica and that she was raped not once but twice. The other time was by a policeman’s son, in a policeman’s house. Through the pain, Tanya continued to reflect on the occurrences of her life as she tried to give strength to females who shared the same sentiment.